When I first moved to New York, I lived on 34th Street between 8th and 9th Avenue. I was in an unfortunate dead zone between Penn Station and Hudson Yards. We were not quite high enough to be Hell’s Kitchen, and not quite low enough to be Chelsea. But, our claim to fame was being right next to the brand new 34th Street – Hudson Yards Subway stop on the 7 train. It was a nice subway stop, but there was nothing around it. I hated the neighborhood and, eventually, decided to move to the East Village.

Now, Hudson Yards is being touted as the newest, best neighborhood in Manhattan. It is full of high-rise apartment buildings with all of the best amenities (but totally unaffordable), the High Line ends right at 34th Street, and now they have a mall and a sculpture. So, it must be cool, right?

Maybe it is because I have become jaded during my time in New York City, but I am not as impressed with Hudson Yards as all of the influencers who were paid to be at its opening. In the end, it is a mall. There has never been a time when I’ve thought to myself, “You know what NYC is missing? A mall.” It is all the same shops you can find in SoHo, Herald Square, Times Square (if you dare), or any other shopping area in the city. Except, it might actually have more tourists crawling through it than Times Square right now.

“The vessel,” the eye-catching sculpture built outside of the mall, is what most people on Instagram are posting from Hudson Yards (since the rest is literally a standard mall). And, the vessel is cool. It currently has at least an hour wait to walk through it, so I’ll be giving that at least a year for the tourist hype to die down. But, at the end of the day am I going to deal with the NYC Subway system on the weekends to go to a mall and a sculpture I’ve already seen, HeLL NO.

It took longer to get up to the west side on the Subway, than it would’ve taken me to walk to the same shops in SoHo (the real question is which would smell worse: the walk or the subway?). On the way back, the Subways were so bad we couldn’t even get all the way to our stop. We ended up having to walk a good amount of the way anyway.

My unpopular opinion is that Hudson Yards is over-hyped. In the end, it looks like the city’s attempt to make it look like the city is thriving and growing. When, in reality, storefronts all over the city remain empty, the new unaffordable apartments in Hudson Yards will not help the city’s housing problem, and the new 7 station doesn’t mean the Subway has actually improved.

I’d give it one good look and then probably only go back when friends who are visiting want to see it. 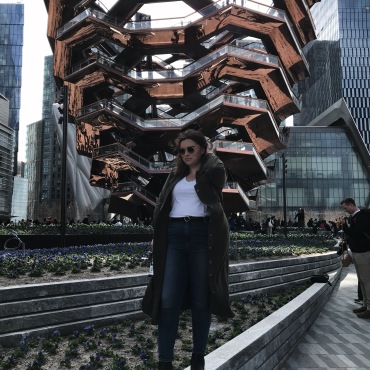 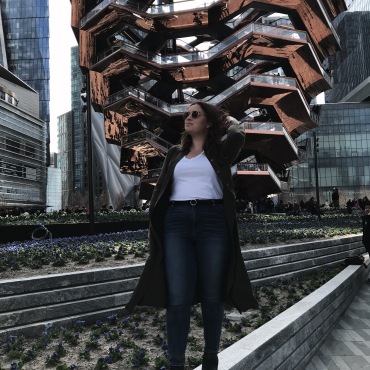 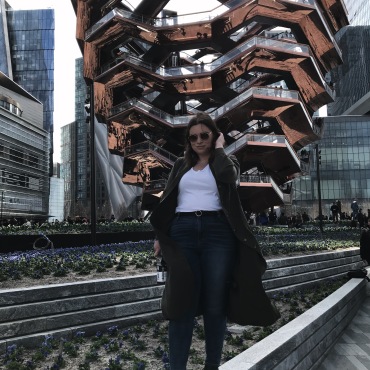 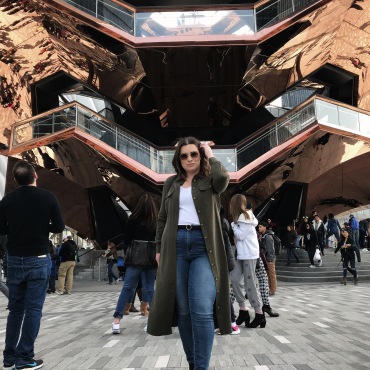 The Vessel does look good in pictures though…