I get bored with my hair all the time. I have dyed it grey, blue, purple, pink, blonde, brown, etc. But, I hadn’t really made any changes to the cut in a while.

I read this ridiculous Refinery 29 article where they think they can tell you what haircut you should get based on your zodiac sign. Of course, the article was redundant and managed to tell every zodiac sign they needed some version of bangs. Every magazine is pushing bangs as the new “cool girl” hair trend of the spring.

When I first saw that bangs were going to be a major trend, I had scary flashbacks from the sidebang trend in middle school. Possibly, one of the worst decisions of my life. But, as I started to scroll through Pinterest boards of different ways to cut bangs, I started to get an idea of how I could really change up my hair.

When you want to make a major change to your hair, you want to make sure you’ve got the right person to do it. Moving to a new city or even just a new neighborhood in the city, it can be hard to get recommendations for a good hair place. You can’t just go to anyone. There is nothing girls are pickier about than who does their hair.

Quick background: I walk the same way home every night from the subway. I used to pass this little hair shop run by two old Ukranian women. It was always empty. I decided one night on my way to happy hour I wanted to just chop off all my hair because I had completely fried it dyeing it every color in the rainbow myself. So, for $30 this little old woman gave me a bob (that was all of my hair that we could save). A few weeks later, the shop was closed.

All of a sudden, a new shop had taken over. The first thing that caught my eye was their security door was painted with their name, Rogue House (you all know how much I love a good art wall). Then, as I walked by every night, it was packed. It always seemed like a party inside. I decided I needed to know what this place was because it seemed like a neighborhood secret I wasn’t in on (major FOMO).

The shop owner, Jamielynn, left the high-end salons of the Lower East Side to start a shop that was for the customers. She rallied together other hair stylist friends and created her own salon. She wanted to create a space that had a barber shop feel. She wanted it to feel like somewhere customers could hang out. She envisioned the space as being a living room where people can relax and hang out with friends.

At the time the salon was coming together, she found herself staying in The Standard in the East Village for a few nights. She had been having struggles both personally and professionally and was in the middle of moving into a new apartment, but she woke up in The Standard realizing she was starting something that had the potential to be what she had always dreamed of. She started to become inspired by the chic minimalism of The Standard and brought that to her shop. The shop has stainless steel counters with copper accents throughout the space and gorgeous metal ceiling panels.

The finished product is a great little salon that feels like your apartment and hair goals have come together. There is even a nice array of wines set up by the stools at the front of the salon. I felt like I was in on this neighborhood secret. I could see why people chose to hangout here and why it always looked like a party from the outside. It has the vibe of a cool homey space to hangout in.

I chose to look into this place because I love finding local East Village spots. And, this is definitely one of them. I live down the block, Jamielynn lives in the East Village and even as I was getting my hair done a girl popped in saying she lived three doors down and decided to stop in to get an appointment. They gave her a consultation and let her know what would work best for her hair and set her up for an appointment. It’s hard to find a place in New York City that feels local. This is one of those gems that makes the city feel smaller and familiar.

Since the shop opened 7 months ago, they already have over 130 reviews and were asked to work for NYFW 2017. The owner Jamielynn has been featured several times and will be featured at a Raw event coming to New York. They have quickly gained recognition for their work and continue to grow.

I think this is definitely a place to watch. I don’t want to get ahead of myself, but it reminded me a lot of the vibe when I went to West 4 Tattoo before Kendall Jenner got her famous tattoo there. And, I have a feeling this place might soon find itself a popular place for “it girls” to get their hair done. 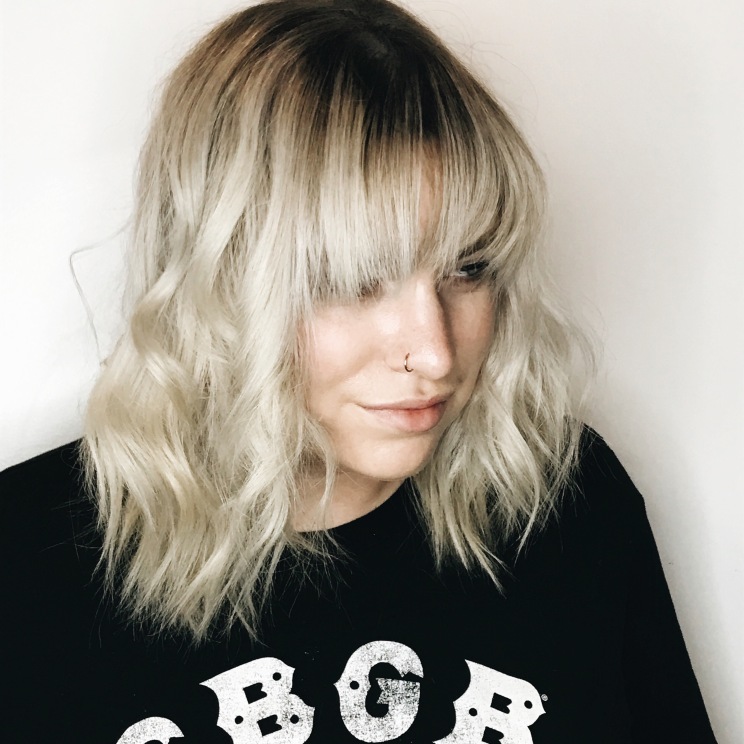 This hair cut and dye took around six hours and I could not be more grateful for the work that Jamielynn put into it. My hair going in was very orange from the pink color deposit I had been using. It was a long and hard process to get it to this platinum color, but she did not give up on my hair. I brought her an idea and some pictures and she executed my vision exactly. I could not have been happier with the experience and the outcome! 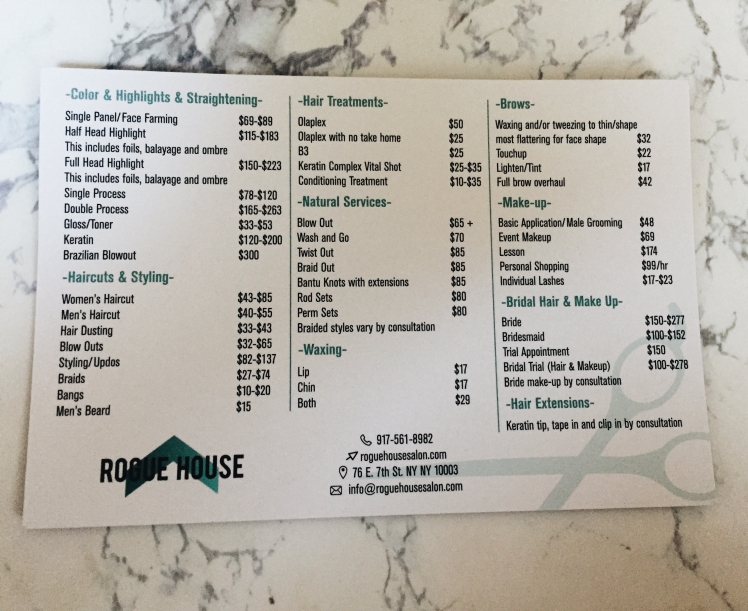