There is nothing better than a free concert, even if you don’t know any of the bands. Most of the free concerts I’ve been to have been recorded for television or in a dive bar. I wasn’t really sure what to expect from this one. I knew of Bastille before hand from their single “Pompeii,” but the other bands I had only started listening to after finding out about the event. I went to the event just thinking it would be a cool free event for the blog, but in the end I ended up with a new girl crush and a new song stuck in my head.

The event was much more than I expected. There were so many great sponsors giving out free stuff from coat check to screen printed t-shirts. Even the bathrooms were sponsored by Clorox (strange, but genius). Having free coat check already made it a great event in my mind. They also had great DJs there that really got the audience’s energy up before the bands got on stage and in between bands. And of course, my favorite part was the free wine in the VIP section (nothing makes an event better than free wine.)

Pandora managed to find three British bands that have a very similar cult following of all the cool kids. Bastille is, to me, the most well known of the three (but then again I’m not that cool.) The opener Bishop Briggs is a relatively new artist who has broken on to the scene with an impressive following. The 1975, on the other hand, seems to have made a name for themselves and has headlined major festivals this year. The three bands drew a very eclectic scene similar to what you would find at a music venue in Brooklyn or the Lower East Side (Pier 36 is in the Lower East Side so it fit the scene).

I am actually upset I didn’t get more pictures of the first band Bishop Briggs. I was still trying to figure out how to work the camera (concert photography was a new challenge.) She is officially my new girl crush. She is the ultimate British cool girl with great style. She sounds exactly like her singles live. She has an amazing and unique voice and brings a lot of energy. She brings that truly power female rock vocal and mixes it with a kind of electronic music creating a really unique sound that popular music has been missing.  I immediately downloaded her singles the next morning.”Be Your Love” is definitely my new jam! Definitely an artist I would see again. 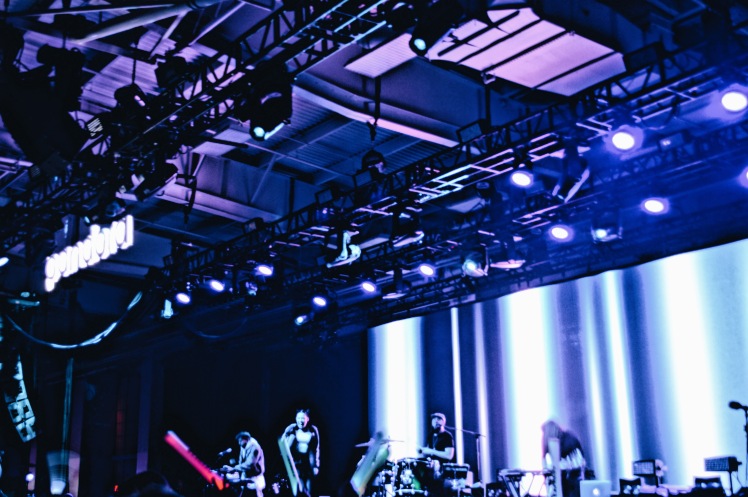 I had actually seen Bastille live on TV at an award show once and wasn’t impressed. But, gave them the benefit of the doubt because award shows are the worst way to judge a band because they are usually not set up acoustically to bring out the best sound from the band. It’s usually more about filming for TV than the quality of the sound of the performance. Even though this concert is live streamed online, it is about the music.

This time, live, in person, was a much better performance. The lead singer has an amazing voice and really knows how to work every corner of the stage and multiple instruments on stage (pretty much every picture I have of him he’s standing on something on the stage). And of course, Pompeii live was amazing and the crowd agreed. When Pompeii came on was definitely a turning point within the crowd. They finally looked up from the bar and it started to become less of a sponsored event and more of a true concert. 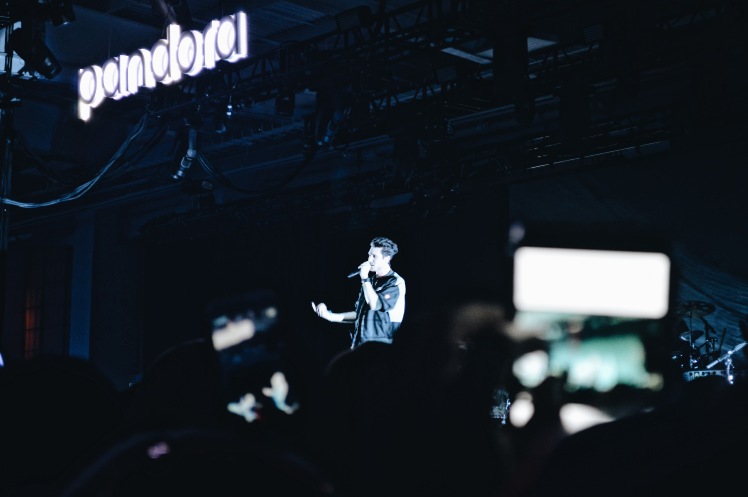 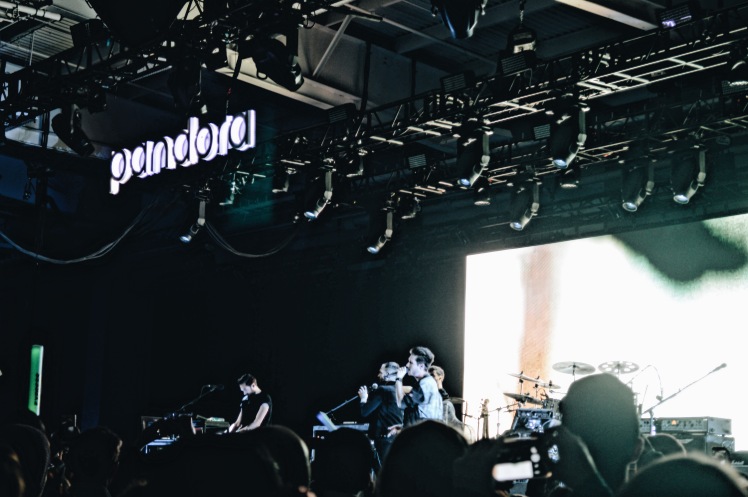 The headliner of the show was The 1975. I feel like describing them as British boy band doesn’t do them justice. Though their music is upbeat teen angst, it’s also so much better than that sounds. I’m not sure really how you can describe this sort of uncool coolness that they embody. Their music sounds like the music I listened to in high school (All Time Low, We The Kings, etc.), but they’ve made it cool again.

The lead singer is definitely a character. He’s a little bit like if the lead singers of the ’70s rock bands grew up in this generation. He’s decked out head to toe in Gucci floral prints. He’s got his cigarette lit on stage. He’s got all the crazy dance moves down. He’s got that front man quality that makes you feel what he is feeling from the music and through that connection with the audience and that feeling that he evokes he draws the audience in. I mean I only knew one of their songs from a cover and  by the end I was totally invested in this performance as if I had always been a fan. Definitely a band I would see again. 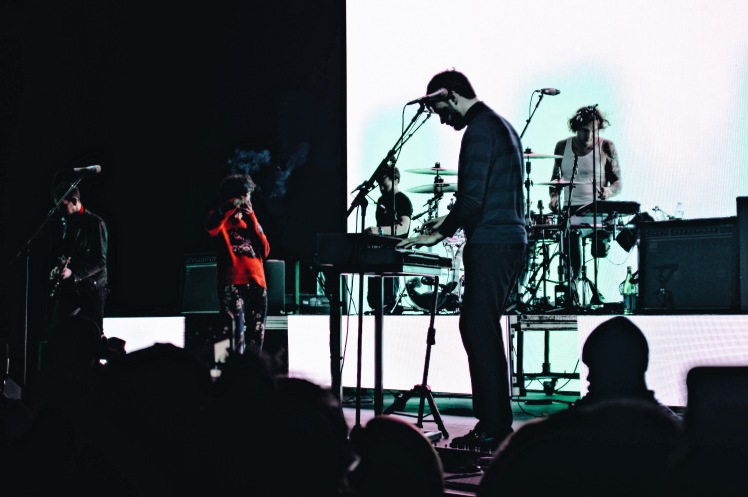 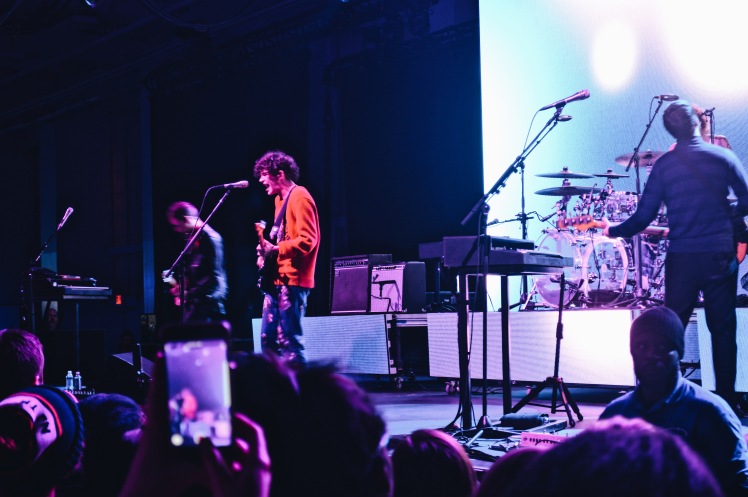 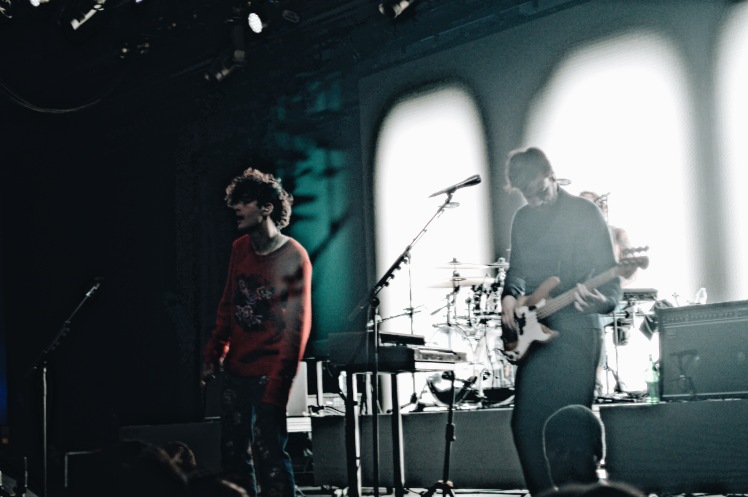 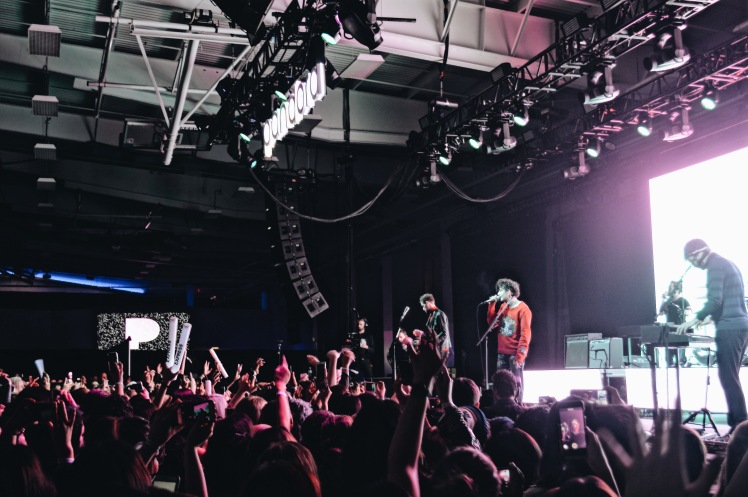 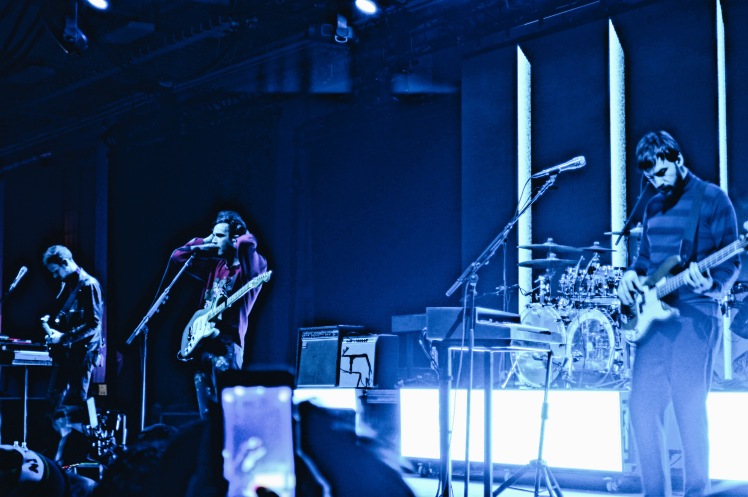 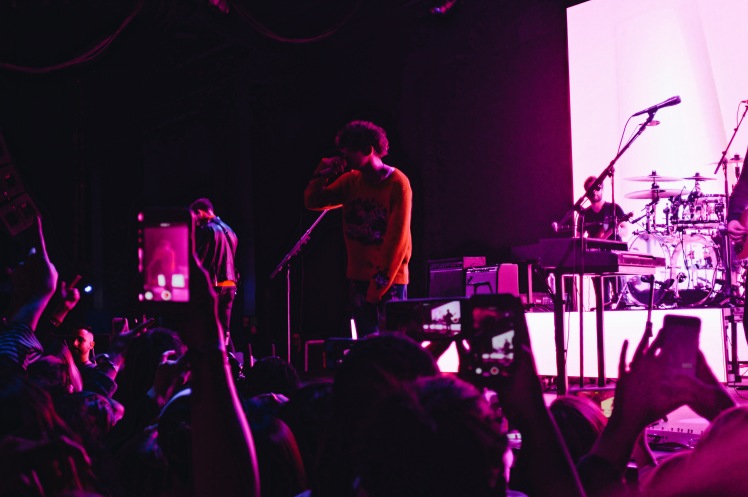 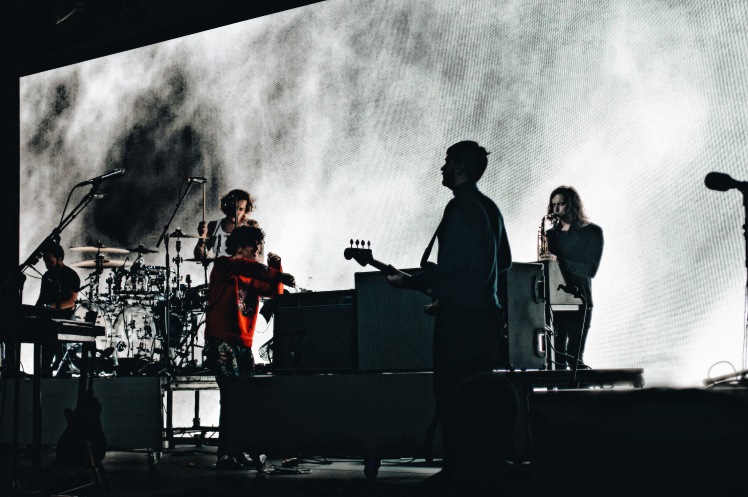 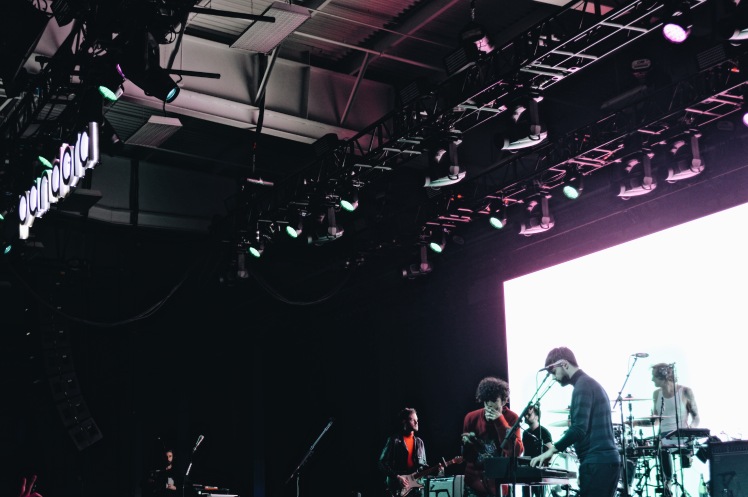 I was delightfully surprised by this whole event. Not a beat was missed. From the line outside to picking up coats at the end, everything was well organized and well staffed. Even the open bar ran rather smoothly and that is always when you know an event has its shit together (free alcohol and large crowds is always a messy situation).

This was also one of the first concerts I’ve been to where bands actually went on stage on time. When I first got in to get my press pass, they discussed with me the schedule and kept apologizing for running late. But, maybe one band went on 5 minutes late. In concert time that’s 30 minutes early. And even if they had gone on later, the sponsor’s booths were interactive and gave fans something to do in between bands.

Pandora did an excellent job with this event. The bands they chose perfectly complimented each other, the event ran seamlessly, and there was free wine. What more could you ask for from a free concert?

Like/Share! Comment below your favorite Pandora station!! ( Mine is Ignition (Remix))